Showing posts from July, 2017
Show All

Where No Man Has Gone Before 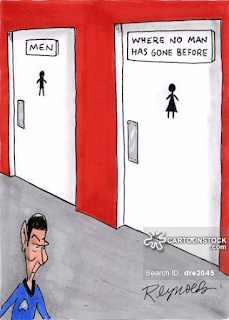 One of the greatest things that happens when you write is that you learn. I recently wrote a scene where the characters needed to prepare a turkey for eating. I am now a couch expert on scalding the bird, plucking the feathers, evisceration and dissection. Needless to say, if I was to attempt this in real life, I imagine it would be a lot harder to do than it was to write, and there might be an added element of throwing up involved at the evisceration stage, but now I at least understand the process.  It's never a good idea to launch headlong into a scene describing something you don't fully understand without researching the subject first. It's disappointing when an intense or interesting scene turns cold because the writer's explanation is incorrect. Like when you realise the character has had his dog for forty-five years. Hmmm. Or that no-body ever, ever needs to use the toilet. We can believe our hero can shoot the eyelash off a gnat at 150 paces, but surel
Post a comment
Read more 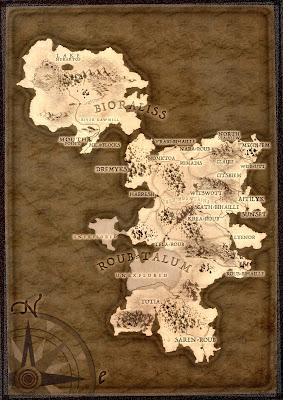 I love a good map attached to a Fantasy novel. There is nothing like being able to follow the trail of a great character's adventure.  Here is the map of Roub-Talum for my soon-to-be-released series for Middle Grade.  The first book in the series, The Shadow Village, accelerates dramatically as teenager Elora unexpectedly finds herself in Roub-Talum, where invaders from the adjacent land of Bioraliss have usurped the throne she never knew was hers. Readers can follow the trail of adventure and misadventure as Elora faces insurmountable peril. The blurb... THE RUBY KEY BOOK 1 THE SHADOW VILLAGE From a farmhouse to the forefront of war, the world will never be the same for Elora when she finds a strange diary and key. With its peculiar and mysterious powers, Elora finds herself able to travel through worlds, and her date with destiny, and her royal past, is set. Elora begins a dangerous journey to learn the secrets of her past and to reclaim her rightful plac
Post a comment
Read more
More posts