Showing posts from April, 2017
Show All

Reminds me of science fiction or early mythical people. 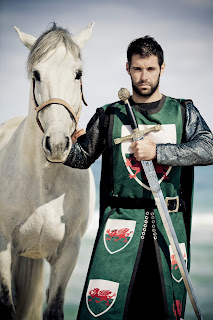 As a writer, you are going to have to live with both positive and negative reviews. Regardless of how good your work is, someone won't like it. They will give you a bad review. At this point, you choose how you are going to react. Do you get cross and post a reply explaining why the reader is wrong? Bad idea! The reader is entitled to their opinion and entitled to share it and it makes the author sound immature, petulant and unprofessional. So unless they write something terribly incorrect personally/racially/religiously, like "DA O'Sullivan writes like a blonde", then suck it up and move on. The best choice is to learn from people's reviews. In amongst a bunch of great reviews on my first trilogy, I received a couple of bad ones. To be honest, I learnt more from those bad reviews than I did from the good ones. Don't get me wrong, I much prefer all the positive reviews, but reading through those couple of bad reviews helped me to make plans
Post a comment
Read more

Controversial Because You Don't Agree? 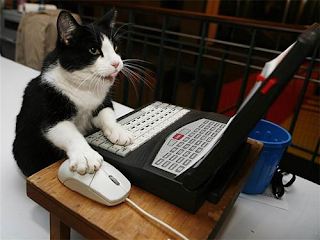 Embracing controversial issues does not come naturally to some. It follows that writing about controversial issues does not sit well with some writers. It's easy to write about an issue that you support if your opinion agrees with the publicly promoted “acceptable” opinion. However, it's often daunting gathering the guts to publish a work that deals with your opinion when your view is vastly different from how society says you should feel. Once upon a time society said women should not go out to work. Women who broke this “rule” were looked down upon and scorned. Those who agreed with the principle of staying home were accepted, those who opposed were seen as being wrong. They were made to feel that they were not allowed to have this opinion and it would have been highly controversial to write an article going against the commonly held opinion of the day.   These days if you don’t go out to work people look at you disparagingly. Society’s opinion is now reversed. Sam
Post a comment
Read more

Publishing through KDP? Here are some hints for creating your front cover . Most importantly, your book will most often be displayed postage-stamp sized on screen. This means your title must be easily legible when viewed at this size.             PROBLEMS     Pick a clear, commercial fonts that stands out nicely against your background image. In the first image, the title and author are tiny and have entirely disappeared. In the second image the author is legible, the title stands out a little better, but the word beach blends in too much with the photo. The photo in the first image is not very exciting and… I think it’s a camping area maybe near a beach? The second shows the beach a bit better but the camping area has disappeared into nothing but a white blotch in the distance. For your background picture, this also needs to be clear when viewed as a tiny image. If you have a multitude of tiny pictures they could disappear into a collage of nothing, so don’t
Post a comment
Read more 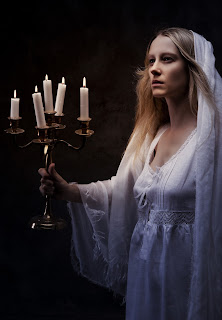 What give a female "strong character"? You have decided your character is going to be female, and you want her character to be "strong". Making her a butt-kicking, foul-mouthed, machine-gunning, metallic bra-wearing, hot-looking super-chick (ooooh so many lovely hyphenations) does not make her strong in character . Don’t get me wrong, you can make her all of the above, I’m sure that would be fun, but you still need to address her character . One of my favourite book and movie characters is Eowyn, Lady of Rohan, niece of King Theoden, from JRR Tolkien's Lord of the Rings. The part was played by Miranda Otto and she nailed the character, portraying Eowyn beautifully. So how did Eowyn have such strong character? An impacting part of Eowyn's nature was her intense desire to fight for King and Country as part of the King's armed forces. She hated that she was born into a female body (this does not make her gay, simply a bit of a tom-boy) in a land where wome
Post a comment
Read more

April 20, 2017
Not perfect? Don't panic! You have just finished the first draft of your novel. You like it! You are happy with it. Your friends read it and they love it! You are on a bit of a high from the excitement of completing your work. Then you start reading "the rules". Oh dear. Rules, rules, rules, rules, rules. Like... don't use these words, don't use these phrases, your beginning is not punchy enough, your characters are not different enough, your story line has been done before, etc. Unfortunately most of these rules are good and have become rules for good reason. I repeat... Don't panic!  You have taken the time to write a book, take the time to edit the living daylights out of it. Make the changes! Research lists of words that should be rarely used, do a search through your novel on each "banned" word, and either eliminate or change these words. For example, "His eyes widened with surprise." is a problem because "with surprise" is r
Post a comment
Read more

To die or not to die: that is the question:

April 19, 2017
So, you are now writing chapter 10 and inspiration departs. This has happened to me twice in the last 7 years of writing. Once when writing my very first book, and just recently when writing my seventh. In the first instance, I was stumped for several hours considering the story and the characters before frantically Googling “what to do when your story grinds to a halt”. You might have your entire script 'prepared' in your mind, you might have copious notes on each chapter. You might know precisely where each chapter is leading, and this type of mental blockage is still possible. Like a speed bump on the keyboard of thought, indecision lurks. One of the most common suggestions is to 'kill someone off'. Whilst this is quite fun and can be very entertaining, it's not a great idea to kill off your well-loved primary protagonist around whom you have built your entire story unless you have a very good reason. If you decide one of your characters must die, this will prob
Post a comment
Read more 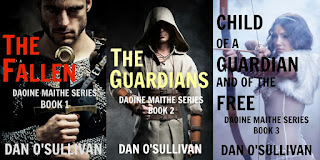 A lot of new authors hesitate when it comes to categorising their books. Are they middle grade or are they young adult? Well, middle grade books are generally suitable for children from about 8 - 12 years, and young adult suits ages 13 - 18. A lot of children are reading more complicated books at an earlier age. So in many cases, even if your book is young adult, you will find there will be children in the middle grade category who will read it. So what are the limitations of middle grade? Middle grade novels should have no sexuality, no profanity and no graphic violence. The author might still comment that a character 'cursed under his breath' or show how one character has strong feelings or love towards another, so light romance without straying into sexuality is fine. In a passage where a violent situation occurs, a middle grade author will refrain from giving graphic, horrific details of the event but still convey to the reader the event/situation. When choosing the age cat
Post a comment
Read more